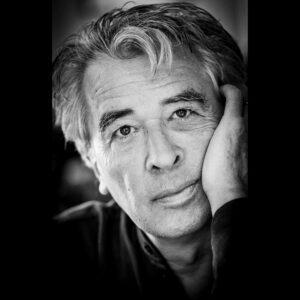 At the age of fourteen Staffan Scheja made his debut with the Swedish Radio Orchestra conducted by Herbert Blomstedt. After his studies at the Stockholm Conservatory he was admitted to the Juilliard School in New York to train further under the guidance of Rosina Lhevinne, Ilona Kabos and Ania Dorfmann. Winner of the second prize (first not awarded) of the 1975 edition of the Busoni Competition, Scheja has worked with such illustrious conductors as Sir Simon Rattle, David Zinman, Esa-Pekka Salonen, Sixten Ehrling and Okko Kamu. He has played with the Münchner Philharmoniker, the Orchestre Philharmonique de Radio France, the NHK Symphony Orchestra Tokyo, the English Chamber Orchestra and numerous Scandinavian orchestras. He is founder and artistic director of the Gotland Chamber Music Festival as well as piano teacher and deputy director of the Royal College of Music in Stockholm. He is regularly invited as a juror in competitions such as the Queen Elisabeth Competition in Brussels, the Sendai International Musical Competition and the International Stanislav Neuhaus Piano Competition. He has recorded with major record labels such as EMI, BIS, Vanguard and LCM. Winner of two Scandinavian Grammy Awards, he is a member of the Royal Music Academy of Sweden.