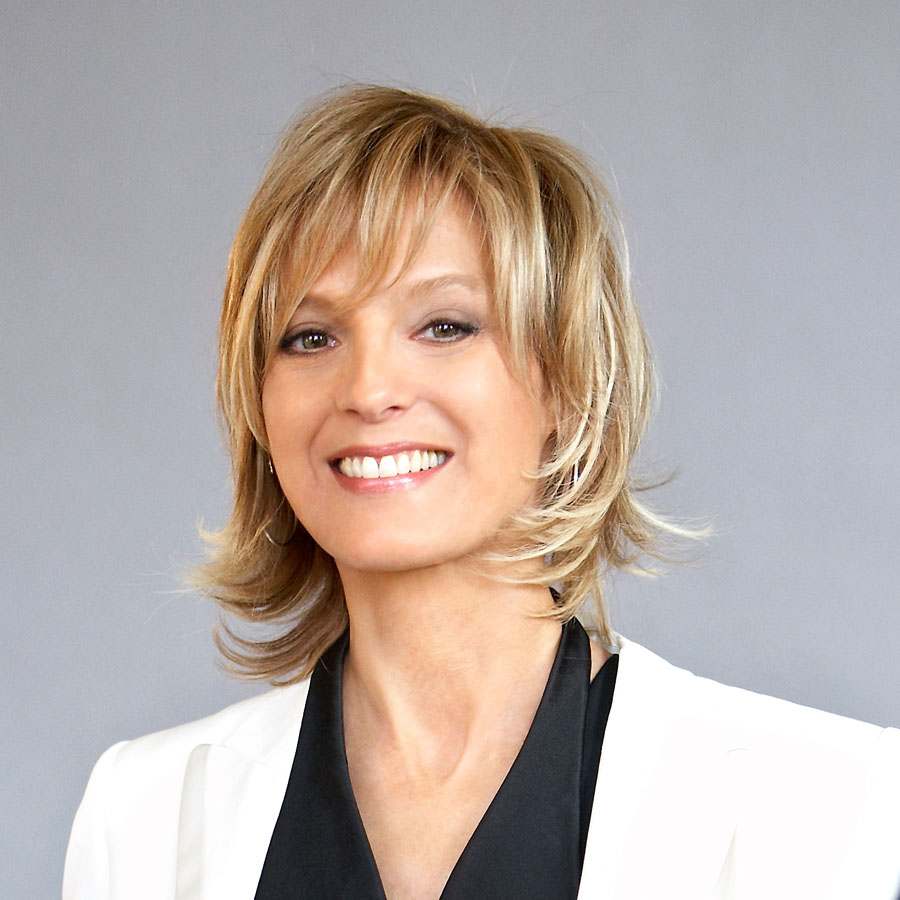 Born in Montreal, Hélène Mercier starts her piano studies at the age of six and quickly wins first honours at the Quebec and Canadian Music Competitions. She is also an award winner of the Prague International Chamber Music Competition. At the age of fifteen, she enters Dieter Weber’s class at the Vienna Academy.She later studies at the Juilliard School in New York with Sasha Gorodnitski. She then studies in Paris with Pierre Sancan. She also works with Maria Curcio, Stanislav Neuhaus, Gidon Kremer and Henryk Szeryng.
Hélène Mercier participates frequently in prestigious festivals in Europe and in North America where she regularly performs as soloist and chamber music player.She played in the most prestigious halls in France, Germany, Belgium, Italy, Russia, Poland, England, Greece, Finland, Norway, Luxembourg, Monaco and is also invited to play with different orchestras: amongst others, in Paris, she performs under the direction of Zubin Mehta with the Israël Philharmonic Orchestra and under the direction of Kurt Masur. She also plays with the National Philharmonic of Russia conducted by Vladimir Spivakov and in Canada with the orchestras of Vancouver, Toronto, Ottawa and Montreal under the direction of Charles Dutoit, Trevor Pinnock and Long Yu. With the Orchestre de Paris, under the direction of Semyon Bychkov, she performs with Natalia Gutman and Salvatore Accardo.In China, she performs with the Shanghai Symphony. In Japan, she plays with the New Japan Philharmonic under the direction of Seiji Ozawa.
She records with the BBC Philharmonic under the direction of Edward Gardner and with the Bergen Philharmonic Orchestra conducted by Neeme Jarvi and Sir Andrew Davis. As a chamber music player, she regularly performed with the cellist Mstislav Rostropovich. In Europe and North America, she performs with the violinist Vladimir Spivakov. She also plays with the Moscow Virtuosi, the violinists Renaud Capuçon, Ivry Gitlis, Laurent Korcia, and the cellists Gautier Capuçon, Henri Demarquette and Truls Mork. Her activities in chamber music flourish as well with the two pianos formation where she performs with different pianists: Boris Berezovsky, Frank Braley, Khatia Buniatishvili, Brigitte Engerer, Cyprien Katsaris, Louis Lortie, Bruno Rigutto…
With Louis Lortie, six recordings with Chandos featuring works from Ravel, Mozart, Schubert, Poulenc, Rachmaninov, Saint-Saens and Vaughan Williams have gathered the most outstanding reviews across the world. The prestigious London magazine Gramophone ranked them as among the «TOP SIX» in their Quarterly Retrospect, and the Penguin Guide awarded them the highest distinction: «The Rosette».The last released Vaughan Williams Concerto for two pianos received the «Diapason d’or». With the violinist Vladimir Spivakov, she has recorded an album dedicated to Ernest Chausson. This recording has collected a considerable success both by critics and public and it has received the disk “Choc” of “Le Monde de la Musique”.
With Cyprien Katsaris, she has recorded an album dedicated to Schumann and Brahms and a last released one under the label Warner Classics featuring Brahms 16 Waltzes and 21 Hungarian Dances. With Alain Lefèvre, she released an album dedicated to the composer André Mathieu under the label Warner Classics.
Hélène Mercier is “Chevalier de l’Ordre des Arts et des Lettres”.