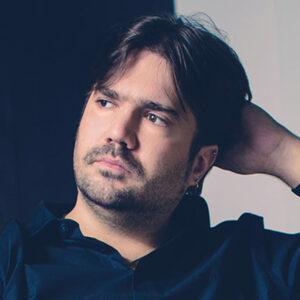 Davide Cabassi is top-prize winner of the 2005 edition of the Van Cliburn Competition.
After making his debut with the RAI Symphony Orchestra in Milan at the age of thirteen he embarked on a brilliant international career that has led him to perform in prestigious concert halls (such as Carnegie Hall in New York, Mozarteum in Salzburg, Louvre and Salle Gaveau in Paris, the Festival International de Piano de la Roque d’Anthéron, Teatro alla Scala, among others) and to work with illustrious orchestras and performers. His recording activity is intense, ranging from his 2006 debut album “Dancing with the Orchestra” (Sony) to two recent records dedicated to Mozart and Beethoven (Decca), which have been enthusiastically received by the public and critics alike. A graduate from the Conservatory of Milan in Edda Ponti’s class, he became the first Italian musician to be admitted to the prestigious “Theo Lieven” International Piano Foundation (Cadenabbia, Como). Davide Cabassi has himself taught at Italian conservatories since 2003. His students are regular winners of major international competitions, including Luca Buratto’s first prize at the prestigious Honens Competition in Calgary in 2015. He is the artistic director of the Kawai Festival in Ledro and of the Primavera di Baggio, a concert season founded with his wife, the Russian pianist Tatiana Larionova, to promote the cause of culture in the suburbs of Milan.